(by pio dal cin) Stunning decision by Pope Francesco today when he announced that He will not move into thePapal Apartmentpreviously occupied by His predecessor Benedict XVI but He will stay in the Santa Marta Humble Apartment  where he was when theConclave was held.

The decision underlines a behaviour that has made George Bergoglio, Pope Francis, or Papa Francesco as you may want to call the new Pontiff, so popular with millions of people.

Few days ago He announced that the Good Thursday’s celebrations of the “washing of the feet” will be held in a Jailhouse in Rome, where minors are detained for small crimes.

His ways and His words of Peace and Poverty, resemble more and more the life and the “modus operandi” od Saint Francis of Assisi, the most famous Saint of Christianity who left all his belonging to the poors and tried to be in touch with the last ones, trying to live pratically the teachings of Jesus. 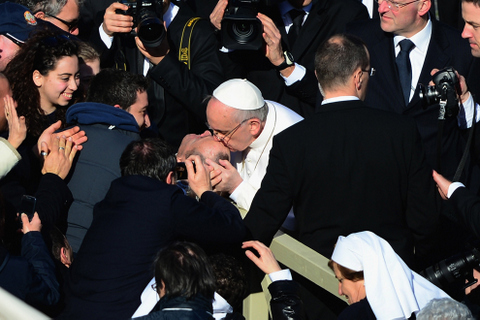