The wise Woman and the stone

A Wise Woman was travelling alone in the mountains. She stopped by a stream as she was very thirsty. 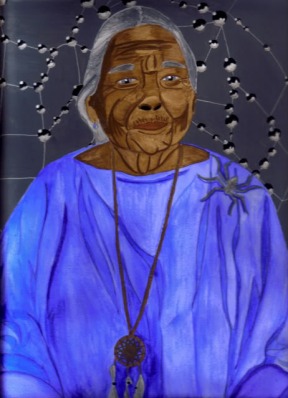 She saw a beautiful colorful stone on the bottom of the stream, partially hidden by the rocks. She picked it up and realized that it was ia precious gem.

She placed into her bag and kept walking.

Few miles up the mountain she encountered a man who stopped her and asked her for some food as he was lost, tired and hungry.

She opened her bag. He saw the precious stone and asked her if she could give the gem to him.

She silenty agreed and gave the man the stone.

The man was very happy when he realized that the stone was enough for him to live rich and happy for the rest of his life.

A few days later he came back to return the stone to the wise woman “I’ve been thinking” He said.

“I know how valuable the stone is, but I want to give it back to you with the hope that you can give me something even more precious.