Vai al contenuto
In 2013 it was the 50th anniversary of the #vajont   dam disaster. Run a quick search on the web and you’ll find out what greed can do. 2000 people were killed in a matter of three minutes after a landslide fell into the dam’s  basin causing a huge 900 feet wave that went over the dam and wiped out towns lives and hopes.
In 2013 I grabbed my mountain bike and rode from #Codognè   to #Longarone  , visited the dam as a pilgrimage to stupidity, because that is what caused the worst disaster in the modern era caused by man. a combination of greed and stupidity.

At the end of the bike tour I had 153 kilometers on my legs. I meditated and considered all the lives lost in that tragedy. Many still do not know about it. So once in a while a re post the story, to make sure no one forgets what happened in#Longarone   that night of October the 9th 1963 … read more here (http://www.codognetreviso.com/2013/08/vajont-dam-monument-to-greed-made-of.html) 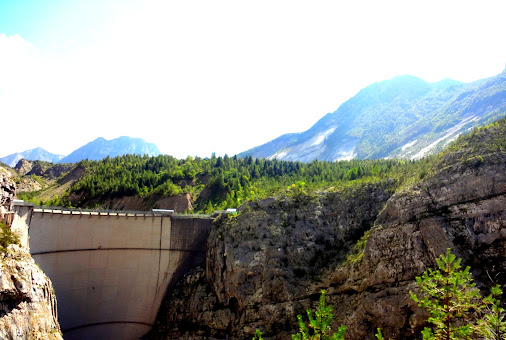