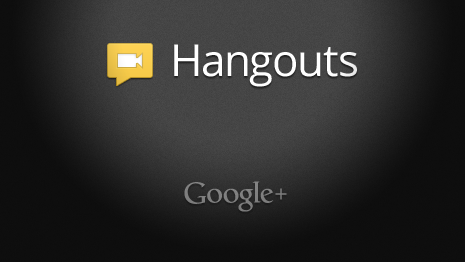 (by pio dal cin) February 15th 2013 10:23 pm. What a great experience today. I had the great privilege and honour to talk to Astronaut +Samantha Cristoforetti  from the +European Space Agency, ESA  in  Germany. We had a friendly talk about her upcoming experience on November 2014 when she will be a member of the crew going into the ISS (International Space Station) where she will spend six months orbiting around the Earth. I learned many things that I did not know about the ISS and life up there. One astonishing fact for me was the speed of travelling around the Earth as it takes about one and a half hour to complete an orbit. Curious to find out? Just watch this video and find out all the details of a great mission.

+Samantha Cristoforetti  will be the first Italian woman to have the honour of being sent into space to the ISS.

Thanks again for your time.  I had a great time

Hangout on air on G+ with Samantha Cristoforetti

The show was meant to bring “Gplussers”to the open in front of a camera and have a nice peaceful conversation about themselves and their experience both in life and on +Google+  as it was first launched almost two years ago.

First Italian woman astronaut, Samantha Cristoforetti does not like celebrity. She easily escaped the spotlight from the media to resume her training.
A marathon that will end on 2014 when she will be launched into space to join the ISS (International Space Station) where she will spend a record six months studying Mother Earth and performing various  experiments

The main training takes place in Houston Texas at the +NASA . Samantha has a great curriculum:
35 years old,  Aeronautic’s captain and over five hundred hours on military airplanes.

She was picked  among thousands of candidates in 2009 by the European Space Agency ESA along with five other astronauts among whom captain Luca Palermitano.

She is training very hard. As the leading engineer on board, she has to know the ISS inside out.

Her dream as a child was to become an astronaut, now that she has finally fullfilled her dream she is ready for the greatest challange of her life.

So, if you are ready to listen to her and what she has to tell about herself and her mission tune in on February 15th at  5 pm (Rome Time) on +YouTube . You’ll be able to see her LIVE and post your questions to her.