use of any part of this post (including the photos) cannot be copied without the express consent of the author.

We have all heard aboutThe Floating Piers on Lake Iseo  On Saturday the 18th I knew that the opening to the public would take place. News about  a possible opening at midnight had people sleeping by the lake waiting for the magic moment in which the first step was about to be set on the project.

I live in a small town near Venice and I calculated that  the distance onGoogle Mapsand in particular  Sulzano (where the Piers started) was at about 260 km. A three hours drive.

I decided that, if I wanted to be there in time for the opening ( around seven in the morning) I had to get my ass up at 2.30 am. I arrived in Sulzano at 5:30, no stops in between.

At 7:00 am there were some workers by the gates and they removed the locks that kept the people outside. 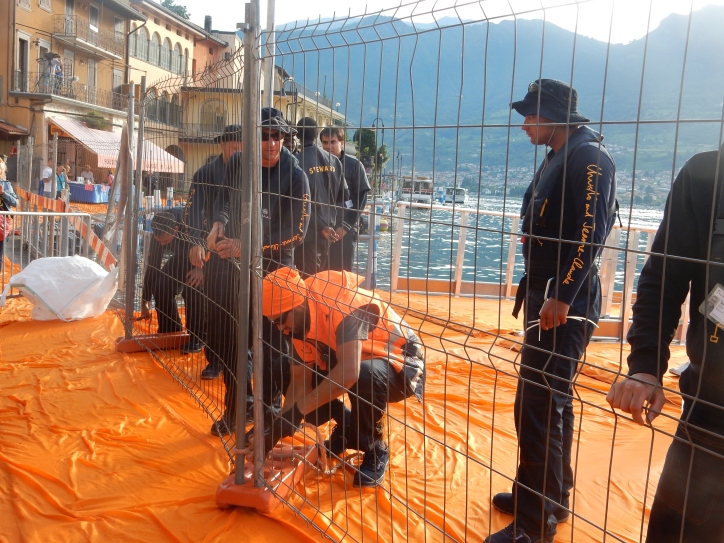 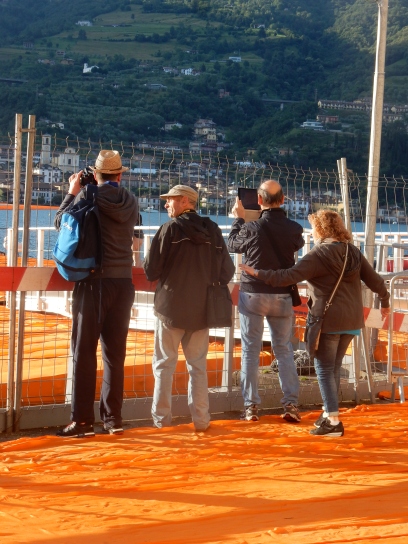 All the locks were removed by 7:40 and the signal came via radio to let the people in. 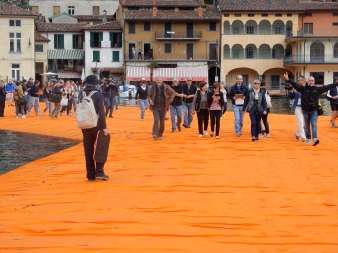 My journey on the Pier had just begun. It was very exciting to be there and being able to set my foot on Christo’s creation. I walked the whole three kilometers on the Piers, taking photos and trying to elaborate  all the emotions that came with the walking , and it felt like this:

Imagine to be on an over inflated water bed. Your feet bouncing back as they step on it and the whole structure floating lightly under the lakes’ waves. 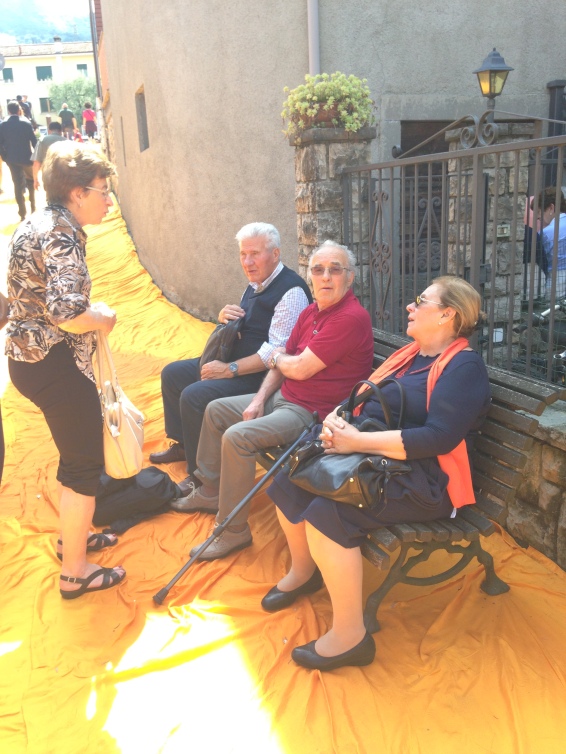 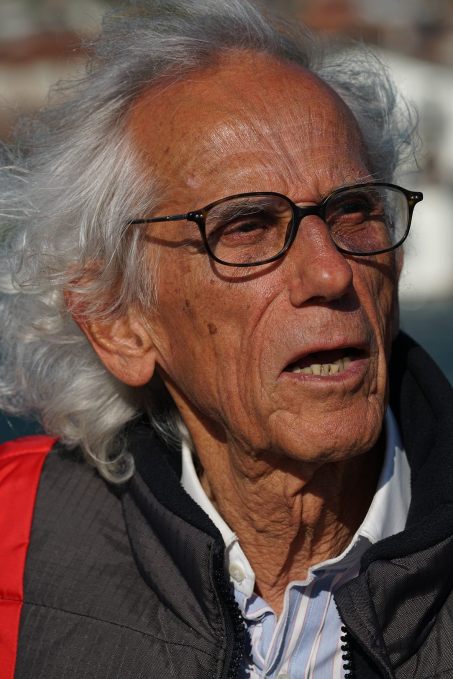 I had the chance of meeting Christo and his wife Jeanne Claude in 1983 in Florida, during the making of Surrounded Island in Miami Beach I wanted to close a circle that opened my heart and my eyes to this form of art that today, as in 1983, is having people criticizing his work.

In Italy, critics like Vittorio Sgarbi and Phillippe D’Averio that are considered of being two of the best Art’s critics in the Country, have said that “This is not Art” that “It looks like a big circus”. Sgarbi suggested that Christo made his project so that people could walk into parts of the lake where there are some cultural spots that deserve to be visited.

The count of the people who walked on water today was at 660.000, and I’m sure that most of them would like to share their impressions in positive.

Here we go again. Two sides. Some will understand the project and love it. Others will consider it as trash, or something they don’t understand. It isn’t easy to enter in Christo’s head, but if you look at his past projects you’ll come to the conclusion that this form of Art is a way of the artist to point the finger into a certain direction and tell the people to look and learn. Look and understand your territory, the places around you are magic if you have the capability of observing what is around you instead of just looking. Making his project touchable was the real genius of Christo. You walk on it, you cross the lake into a structure that is as effimeral as a butterfly’s life; two weeks and then…. back to reality, back to the old to and fro, back to your daily routine. The dream built by the Bulgarian- American artist was meant to be as it is. A wake up call to the people who do not understand why he and his wife Jeanne Claude (who passed away in 2009) like to wrap monuments, coasts , churches, museums, and public places.

He was the first ever artist in the history to come up with such an innovative idea, now his projects are well known around the world.

The wild will of being an innovator, the perception of being an artist who really can “make waves” in the hearts of people, and in this case also physically. A true genius of our times to whom I bow my head and say :”Chapeau”, nice job dude.